If you have been diagnosed with an autoimmune disease or chronic condition that can't completely be taken care of by Western medicine, you may be looking into Traditional Chinese Medicine (TCM). A popular therapy is acupuncture, a therapy where points in the body are stimulated by needles to restore qi (energy), improve blood flow, release endorphins, and dampen pain. Understandably, though, many people are hesitant to try this treatment since the idea of inserting needles into the skin doesn't particularly sound relaxing! However, if you are hesitant to give it a try, read on to settle your nerves.

The gauges on acupuncture needles are incredibly thin--some almost as thin as strands of hair! You will most likely feel a small pinch, tingle, or a dull ache (like hitting a trigger point during a massage); however, you should not feel pain. In fact, many acupuncturists use guide tubes to insert needles nowadays, since they are less likely to cause pain than inserting needles by hand. Ultimately if you do feel pain during the procedure, don't be afraid to tell your therapist to stop. He or she will not be offended; they should remove the needle immediately and work in an area that isn't as tender.

If the needles do seem to hurt no matter where they're placed, ask your acupuncturist about acupressure or cupping. Acupressure has similar benefits to acupuncture, but your therapist will use his or her fingers, elbows, and sometimes other aids to apply pressure to specific points of the body. Cupping--which came to the attention of the media after Olympian Michael Phelps had bruises from it last year--also could help you. During this therapy, special cups are applied to your skin and then a vacuum is created so that the cups suction and pull the skin up, loosening muscles and increasing blood flow.

Are the needles clean?

Like every other therapy: needles are safe and clean if they are in the right hands. This is where you need to do your research to find a reputable, licensed acupuncturist. Most states require acupuncturists to have taken the Clean Needle Technique (CNT) course, which is administered by the National Commission for the Certification of Acupuncturists. Acupuncturists who are worth there salt will definitely have clean needles, so you won't have to worry about getting a communicable disease from contaminated equipment. In fact, many places use packaged, pre-sterilized, disposable needles. If a business does reuse their needles, they should inform you of their sterlization practices, such as if they use an autoclave.

Will I have any side effects once I'm done?

These kinds of side effects may decrease once you get used to the therapy. Staying well hydrated and resting after a session can also mitigate your symptoms.

As you can see, while these kinds of FAQs are all valid concerns, acupuncture doesn't need to be a scary procedure if you know the facts. For more information, contact companies like West Omaha Chiropractic & Sports Injury Clinic. 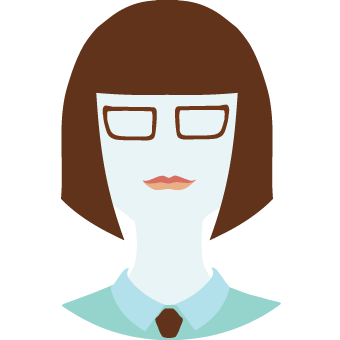 Nine years ago, I injured my back in a car crash. Two years later, I hurt my knee while squatting to dust my furniture. Sadly, both of these injuries have required me to take anti-inflammatory drugs every day of my life. Recently, I attempted to reduce my dosage of these medications to no avail. I immediately began hurting severely. After hearing about some of my friends’ success with chiropractic care, I made an appointment with a local chiropractor. Before long, I was moving without pain again. I even started to look forward to my visits with this experienced physician. On this blog, you will learn about the advantages of seeking chiropractic care.

Read in about 3 Minutes